I was very lucky to be given the opportunity to be an artist in residence for a year in the animation department at the Edinburgh College of Art. This meant I had a studio space, shared with the Master’s students, and that I could use most of the facilities at the University and ask staff from different disciplines for guidance and advice.

It meant that I had a reason and time to dedicate to a personal project; a music video, of course. Over the summer I had been reading about the Firth of Forth and sea birds and waders. I had also been reading Escape from Bubbleworld. The author, Keith Skene, had come to speak to us in one of our classes at the Botanical gardens in Dundee two years before, and had handed us a copy each. I will write down the inscription he wrote for me when I asked, just because it’s nice: “light up the world and shine with all the others”.

When the residency started mid September this was my mental background. I wanted to keep learning about the Forth estuary and about birds so I kept doing research and decided to use this on a video for a song. I chose a lullaby I had written about 17 years ago, there was no connection to the theme of the music video, I simply chose to make a video for it because I thought it was one of my nicest songs.

I spent the first months of the residency reading and taking notes. I had some sketchbooks to get drawing but I can’t bring myself to doodle in them all I end up doing is writing. This is what they look like: 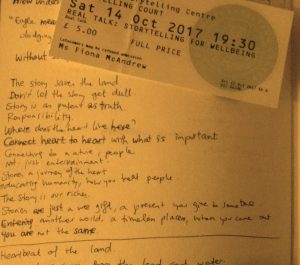 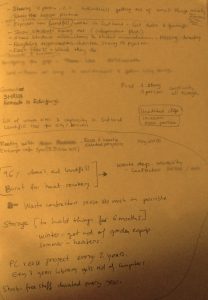 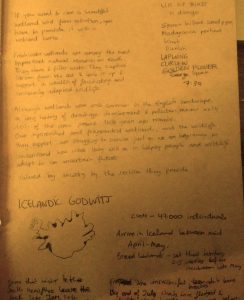 (I dedicated most of the time these first months to another side project about perfectly usable objects going into landfill, for which I had a few meetings with people very keen to help, and I had some ideas together but unfortunately I couldn’t get any funding to go ahead with it and I paused this project and focused on the music video and commissioned work instead.)

The first months were also spent going out to film birds for footage and inspiration. Although I took buses to explore different areas of the Forth, Levenhal Links in Musselburgh became my favourite spot to spend time in. Dave Allan, who had taken me there, said “put your camera down and observe, I want you to understand the place”. The light was always very different and each time the place had something new to see. 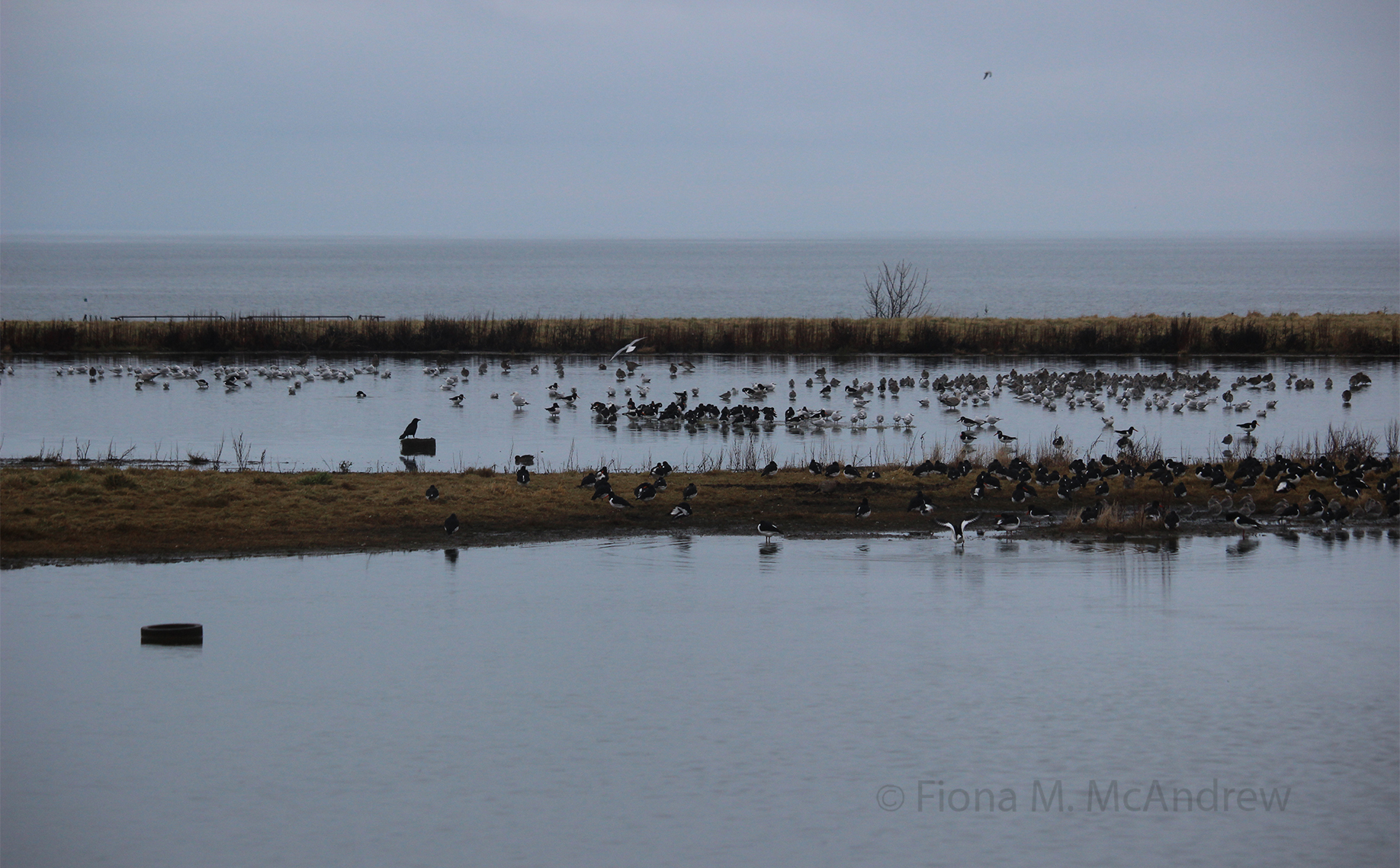 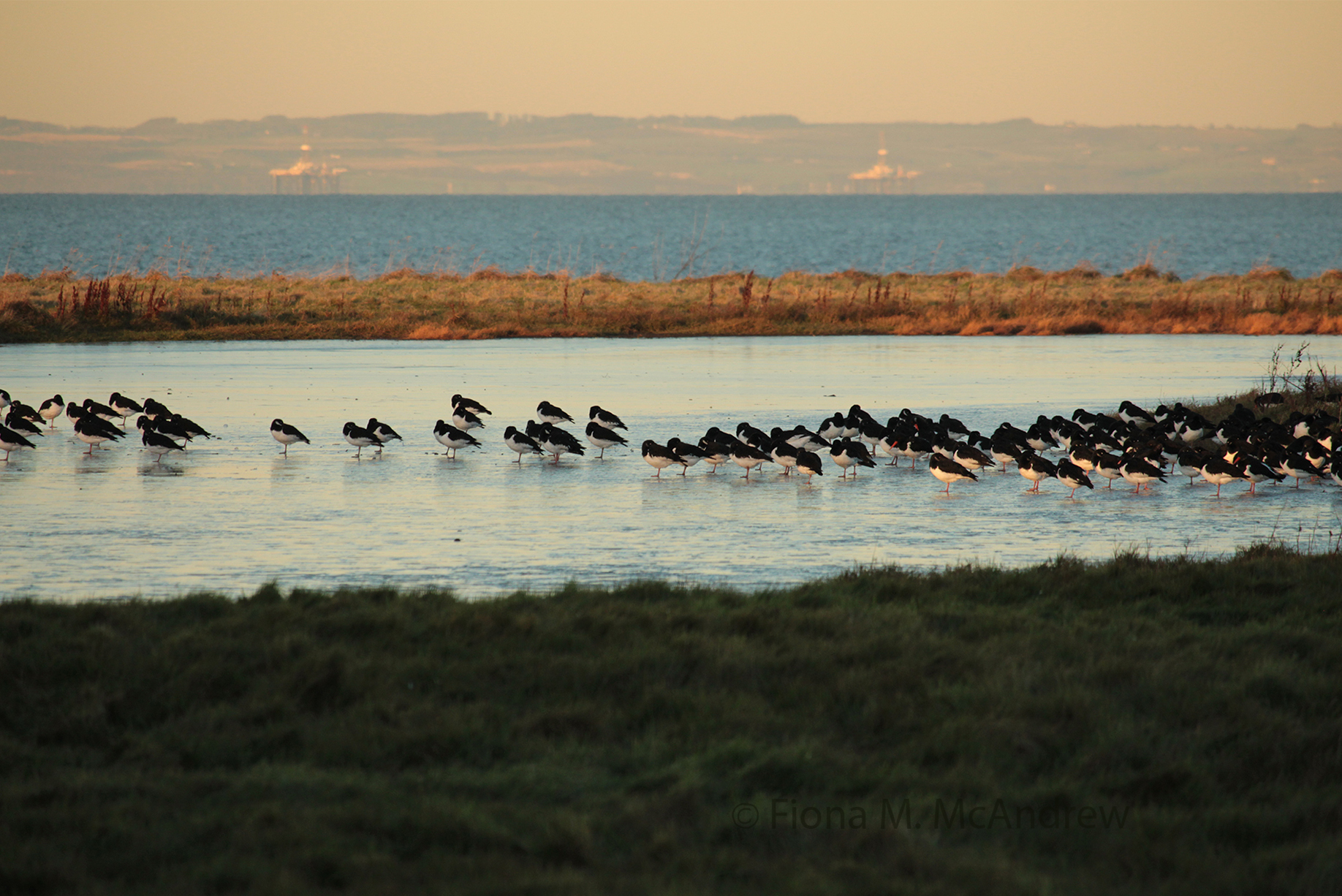 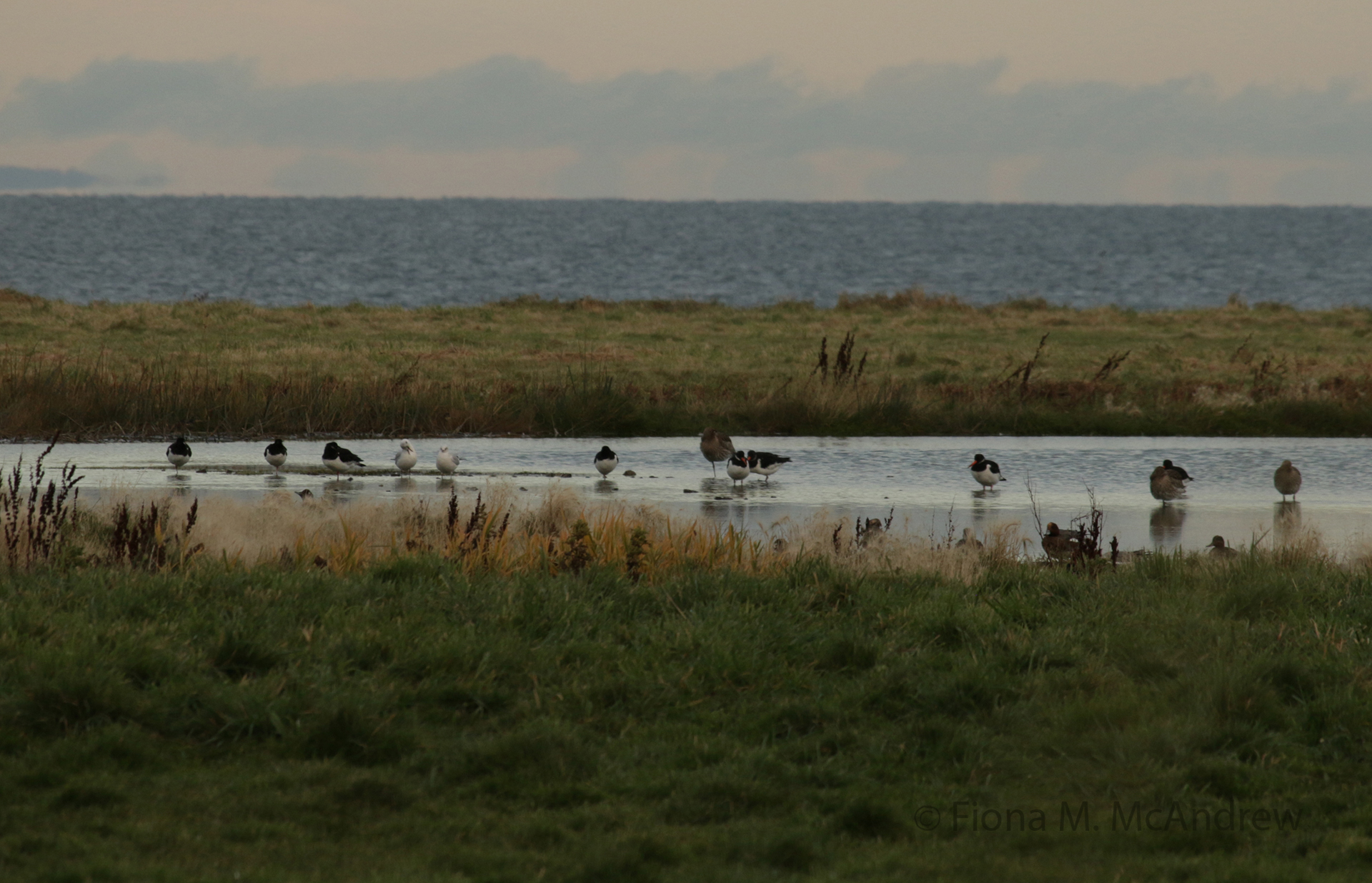 I spent some time in the printmaking department working on collagraph prints inspired by my outings. Although at one point I thought that the the style of the prints was not really suitable for the video for the lullaby I was motivated to keep printing because the artists in residence from the different departments had an exhibition on in February 2018 and I had been so focused on research I was afraid I wouldn’t have anything to display. This was very lucky because those prints ended informing the animation quite a lot after all. These same prints were also part of the Shoreline exhibition at the Botanic gardens in Edinburgh later in the year. 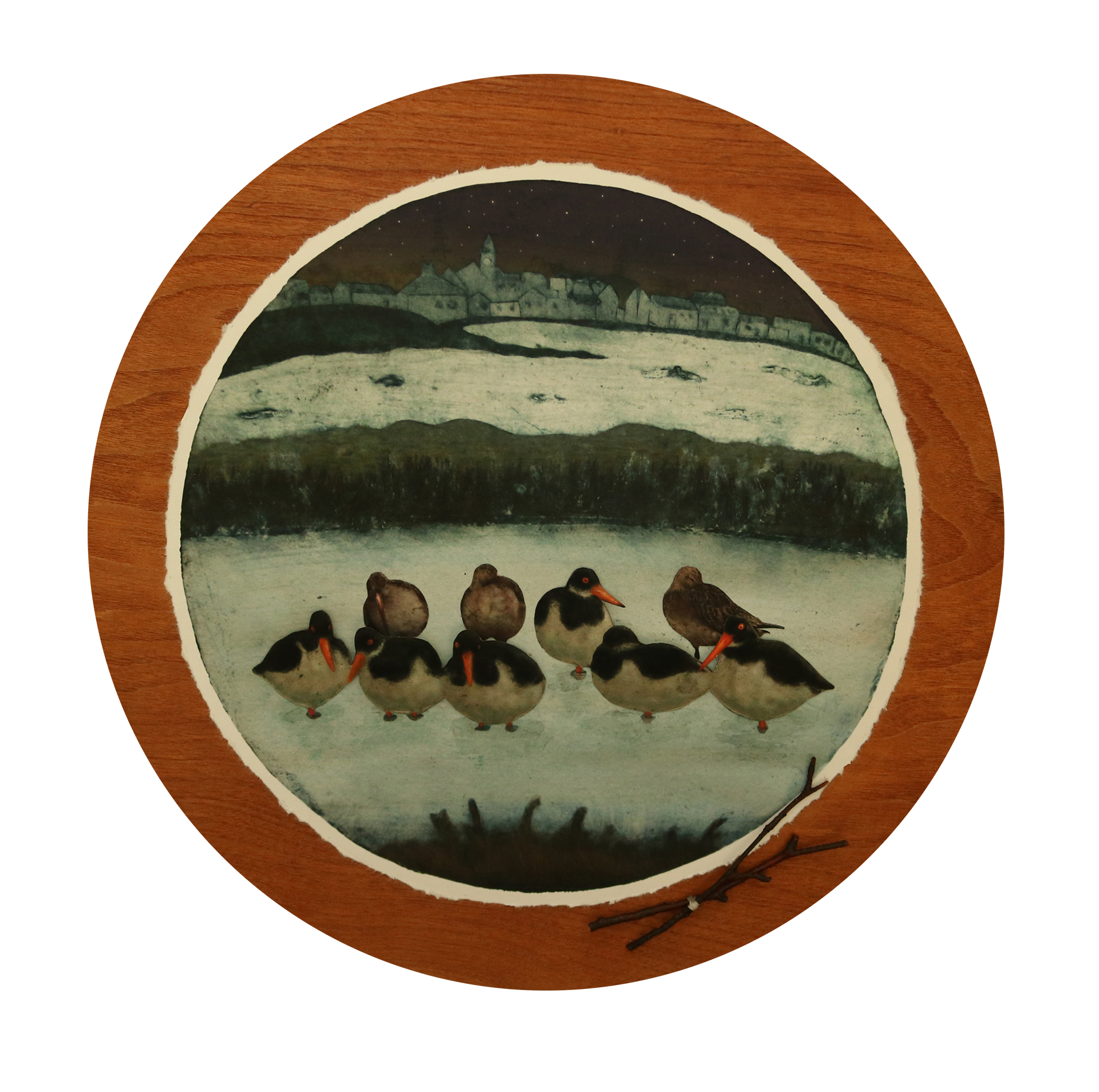 January was a month dedicated to a commissioned project. I still hadn’t found a story to make sense of all the research done for the lullaby. I was looking for images of birds at dusk or night, and although I was very aware that this was not a good idea, I didn’t know how else to make sense of the birds story and the lullaby which talked about the beautiful colours of the night… what was I thinking when I wrote that?

I started doing some research for this commission over Christmas time. Two animations would open and close a puppet show by a theatre company based in Edinburgh in collaboration with a Jordanian creative company. The animation was about the star Sirius and the dog constellation. Sirius was a very playful, energetic star and it would jump out of the group and the rest of the constellation would turn into a dog and chase it. It was a really great project to work on, but more than that, it was more related to the lyrics on the lullaby than all the research and ideas I had had so far. Then I thought… birds do fly…. birds do migrate…. some use the stars as navigations guides.

Something else that was incredibly inspiring when I went to see the representation of Little Light, was that inside the tent where it happened, some of the story was told with a projector lamp… something you would use at night, something to go with lulling music… I asked the Charlie Macinyire, a member of the production team and who had made the lamp, if he would show me how to make one and he did.

And that lead to the next chapter.

At some point before Christmas I had started making a godwit puppet and had put it on hold. I still didn’t know what the overall style was going to be or what exactly I was going to do with the puppet. All I knew is that one thing leads to another so I was working with the hope that everything would lead to a good place, a clear idea, at some point soon.

February was dedicated to other projects but I went back to working on the puppet.

Around March I slowly started making the projector lamp. This took ages as I had never experimented with electricity before and it took me a while to get the bits and pieces together and actually start making it. Painting it was something that again took ages and I suppose my subconscious kept delaying this process because I didn’t know what the backgrounds I intended to paint on it where yet or how it was going to be used within the animation. When I finally started making it it was an incredibly interesting and satisfying project, and I wonder what had taken me so long.

I painted it and realised there and then I had made a lamp with a size that could illuminate the chambers of a castle (or a big tent). The shapes where distorted at a short distance and I ended up using the colours and the light as textures for digitally worked on backgrounds.

I had the backgrounds and I had the story, I still didn’t have a proper ending and the end only finally happened when I was working on the last scene a day before finishing it; the last touch. The godwit chicks’ heads coming out to the world with wonder and starry eyes.